Both essays ultimately elaborate on the question of ‘reality’ in cinema. Di Carmine discusses Garrones reflections on Italian society, and then provocatively states that Garrone aptly visualizes ‘’today’s illness (i.e. the prominent tendencies of corruption, obsessions, criminality) in contemporary Italy’’.[4]  Both Rossini/Scala and Katherine Elizabeth Greenburg prominently mention the idea of ‘’documentary style’’, a conception in which film somehow ‘escapes’ its thoroughly constructed nature.[5] These insights may prove their worth as contextual reflections on (the legacy of) neorealism in contemporary Italian cinema, but they  fail to recognise or underline that these films are never ‘realistic’ on themselves; they are only called realistic by means of their production and/or narrative context.[6]

In this essay, I want to break the thread that connects context and reality, in order to focus on a purely stilistic example of (subjective) reality. I use a film that is minimalistic, possibly even nihilistic, by means of its narrative context, but highly expressive and atmospheric on a stilistic level. To be specific, I will argue that Salvo (Fabio Grassadonia, Antonio Piazza, 2013) can and should be discussed as a stilistic example of ‘neo’realistic cinema. I state that ‘realistic’ style (maintaining a rather fluid conception of ‘realistic’) can be a means to a sheer cinematic end. My underlying purpose here is to emphasize that socio-cultural and political contexts can also be secondary or partly irrelevant factors in scholastic research on ‘’new neorealism’’.

Psychology of an anti-hero

In a 2014 review of Salvo, Mark Wilkin immediately frames the setting of the film (Sicily) into a broader tradition of neorealistic cinema. While the ‘film’s portrait of a dying world’, according to Wilkin, recalls Luchino Visconti’s Il Gattopardo (1963), the premise of Salvo (a Sicilian hitman tries to find his place in the local mafiosi world) intrinsically draws its comparisons to Matteo Garrones Gomorrah (2008) and his upcoming film Dogman (2018).[7] This combination of Wilkins starting observation with my own viewing experience could be enough to initiate a contextual analysis of Salvo, were it not for the fact that the film is so minimalistic in its narrative set-up. Grassadonia and Piazza constantly focus on the psychological state of their morally troubled anti-hero; they never ‘explain’ the criminal storyworld that Salvo (played by Saleh Bakri) inhabits. I now want to focus on one specific scene that illustrates how the question of reality in Salvo is no matter of context and narrative details, but one of sense and experience.

A presence has entered the house

In the scene, Salvo is chasing a blind woman in the house he initially visited for the woman’s brother, a young drug dealer who has become the central target of Salvo’s mob boss.[8] Grassadonia and Piazza use the scene to implement a temporary shift in point of view: Salvo may be the main character of the movie, but the cinematography in this scene is entirely crafted around the subjective experience of the blind woman. There is a long preamble to the chase, in which the the character of Rita (Sara Serraiocco) is aware that a ‘presence’ has entered the house.[9]. When the chase starts, Daniele Cipri (almost) constantly frames Rita in dynamic medium close-up,  while she’s walking through the house driven by panic (image 1). It is Rita’s fear that has taken over the scene; Salvo’s perspective has been eliminated.[10] 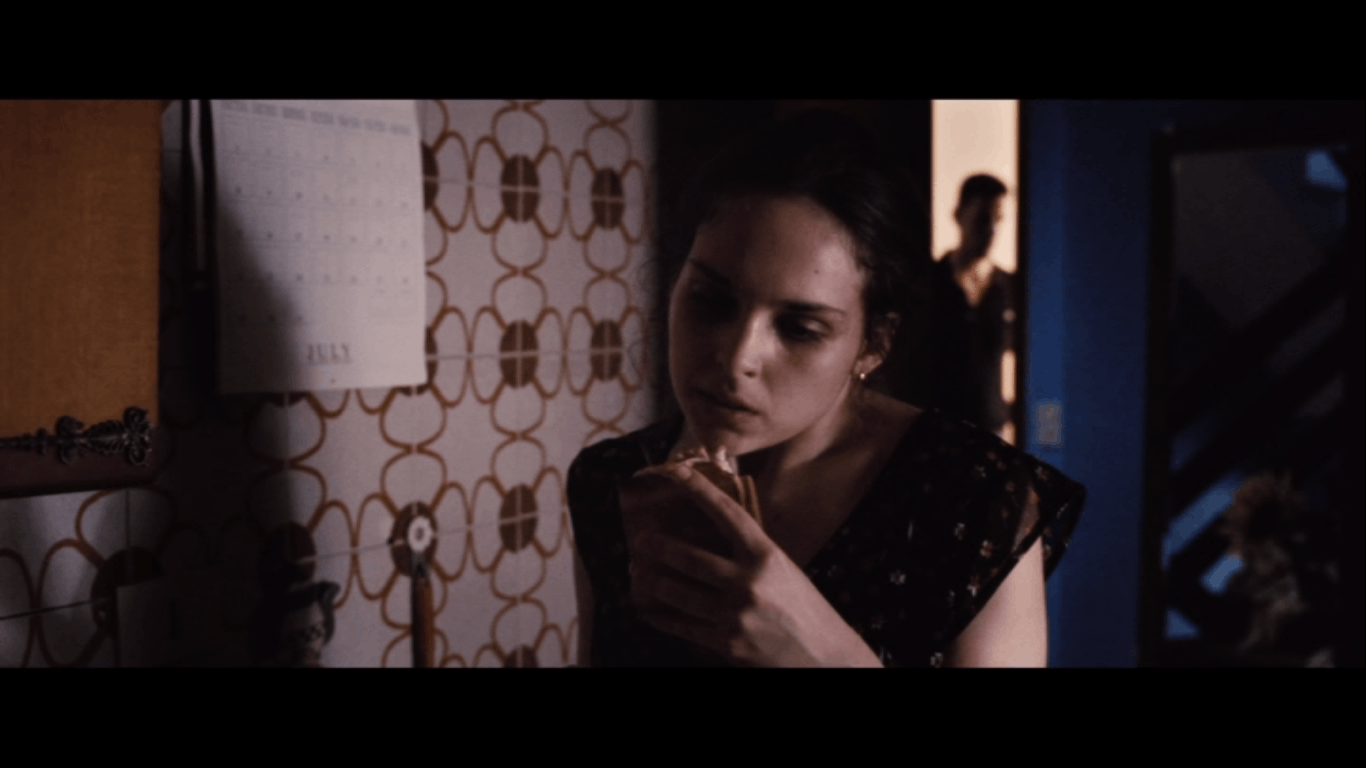 Image 1: It is Rita’s fear that has taken over the scene

The camera sticks to the experience of Rita when her brother comes home and interferes(image 5). Salvo kills the brother in the offscreen space, but this in only confirmed visually when Salvo enters Rita’s frame again, instead of Rita’s brother (image 2). What happens next is the compact main focus of my analysis. When Salvo is pointing his gun towards Rita’s head, the image swiftly dissolves into a black field of vision, one that is only disturbed by white flashes of light and a gruesome high frequence tone that strengthens the disorientating nature of the image(image 3).[11] 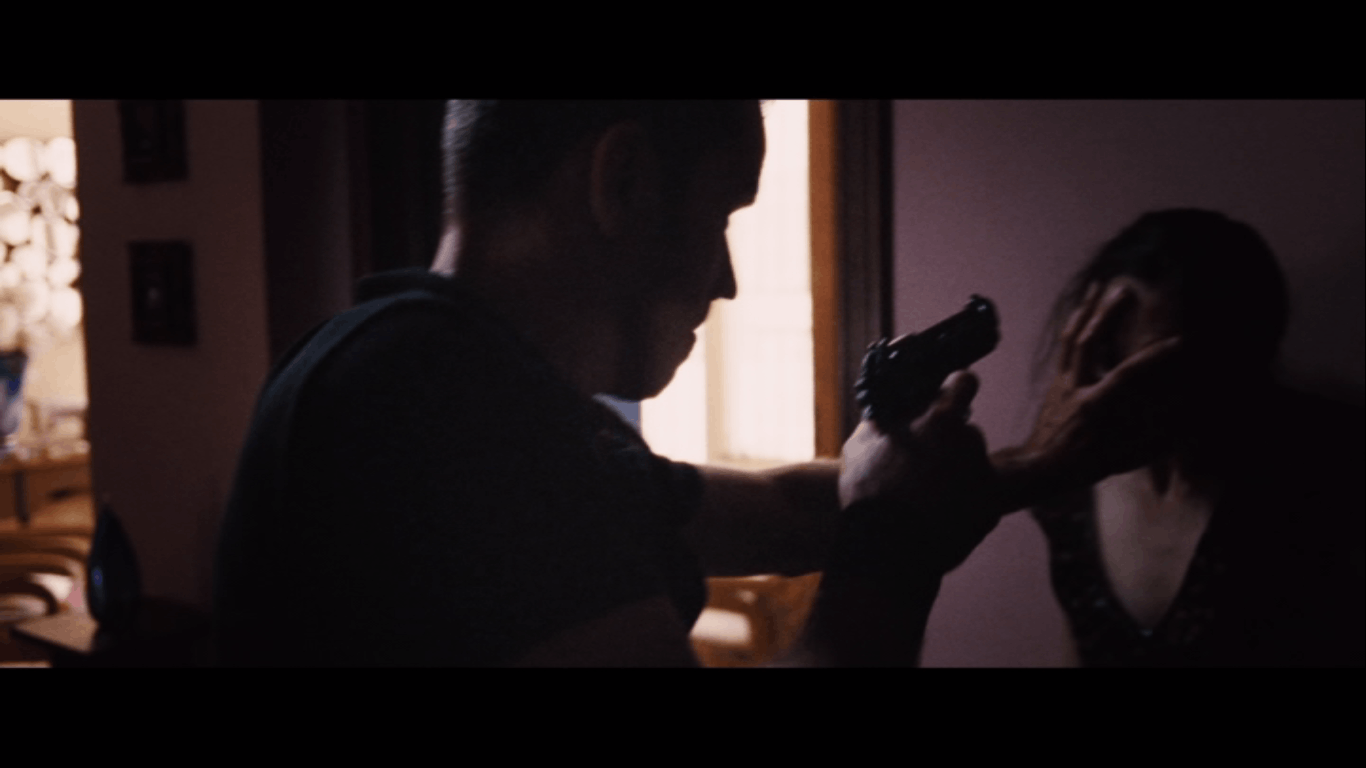 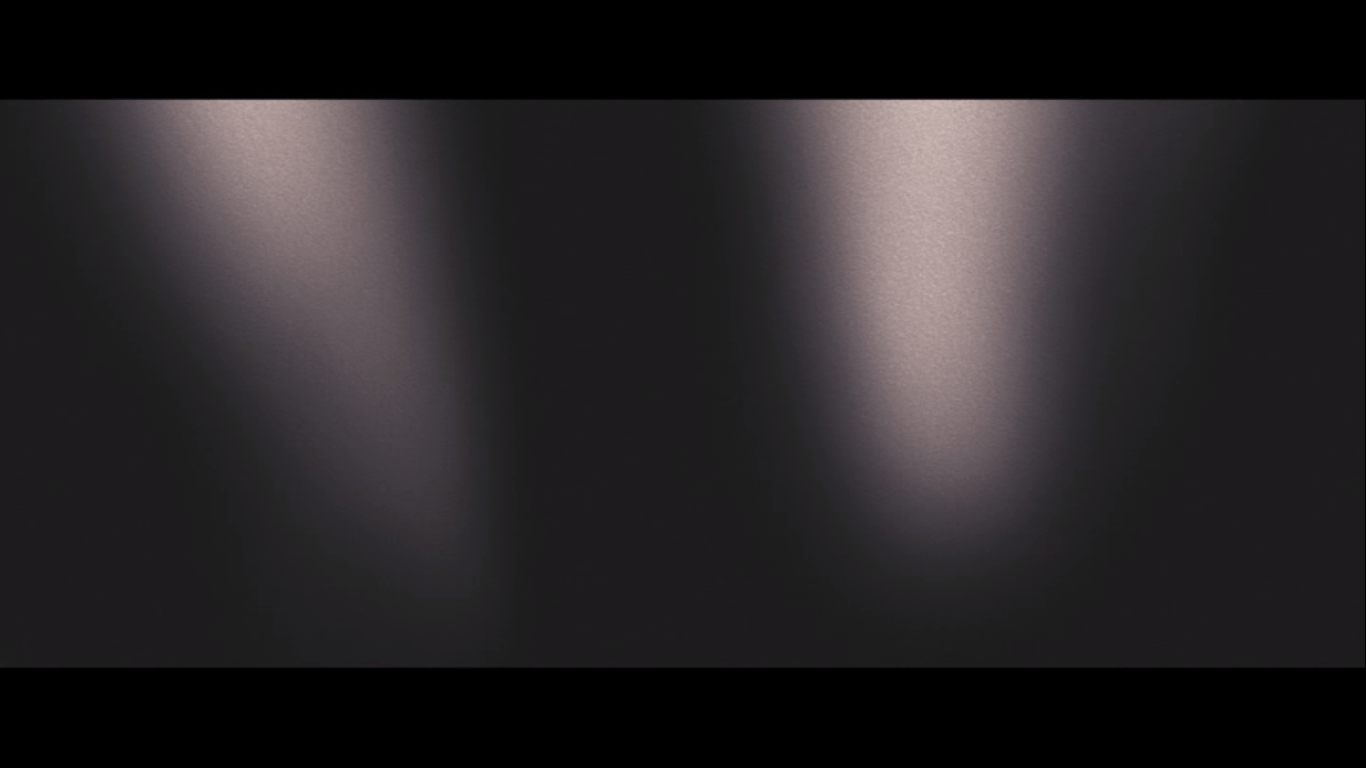 Images 2 and 3 follow directly upon one another: Salvo is pointing his gun towards Rita’s head, after which we are confronted with Rita’s point of view

The looming shape of Salvo’s body confirms that we ‘watch’ with Rita’s eyes for the first time. The (imaginary) spectator is seeing shapes and flashes that correspond to Rita’s point of view.

British film scholar Murray Smith has used the term ‘central imagining’ for the spectatorial idea of ‘imagining from the inside’. When you imagine from the inside, you actively engage with the experience of the filmic character.[12] Whereas the process of ‘acentral imagining’ insinuates that you only imagine that something could possibly occur to you, central imagining includes the act of simulation or even mimicry.[13] This is exactly what the black field of ‘vision’ accomplishes in Salvo. The shot can be seen as an emotional simulation of Rita’s state of mind: because she is blind, she only sees the shapes and flashes that distort the dark image. The viewer cannot escape the discomforting view that constitutes the optical world of the character, and that may serve to create a shock effect or even a state of emotional simulation and or/affective mimicry.

The spectator is now able to feel the fear that was previously shown in medium close-ups of Rita’s face. The filmmakers smoothly shift from observation to (possible) identification. This underlines Smith’s statement about the intrinsic value and function of the POV-shot: it always ‘collaborates’ or converges with complementary reaction shots, and thus allows us to ‘’specify further the subjective state of the character’’.[14]

Rita’s subjective state is one of fear; it’s a truth of experience, that is expressed by purely stilistic means. As a result, we do not need narrative context to evaluate the realistic tone of this particular scene, and maybe even the film in general. While a meticulous analysis of Salvo’s narrative and/or production context could still be of help in the process of framing and understanding ‘’new neorealism’’, the question of (subjective) realism can be answered by cinematic means only. 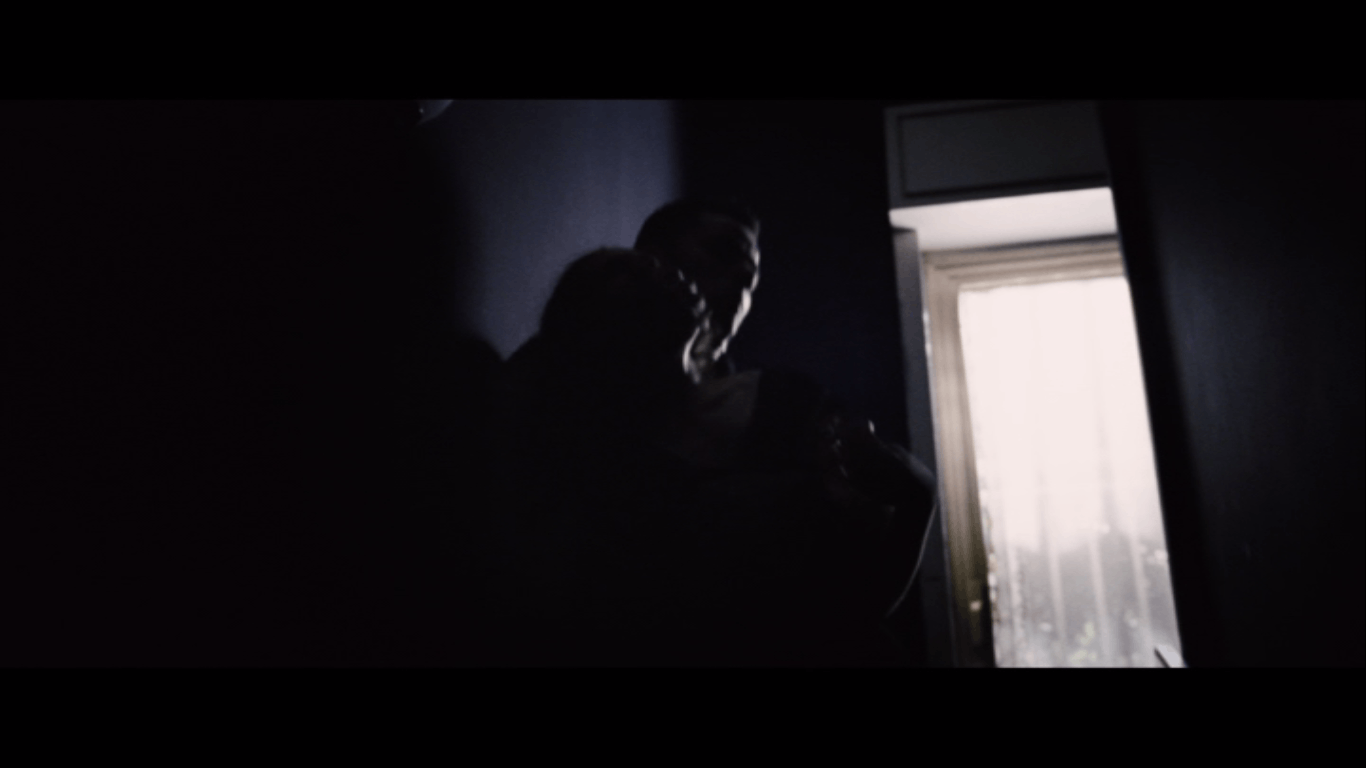 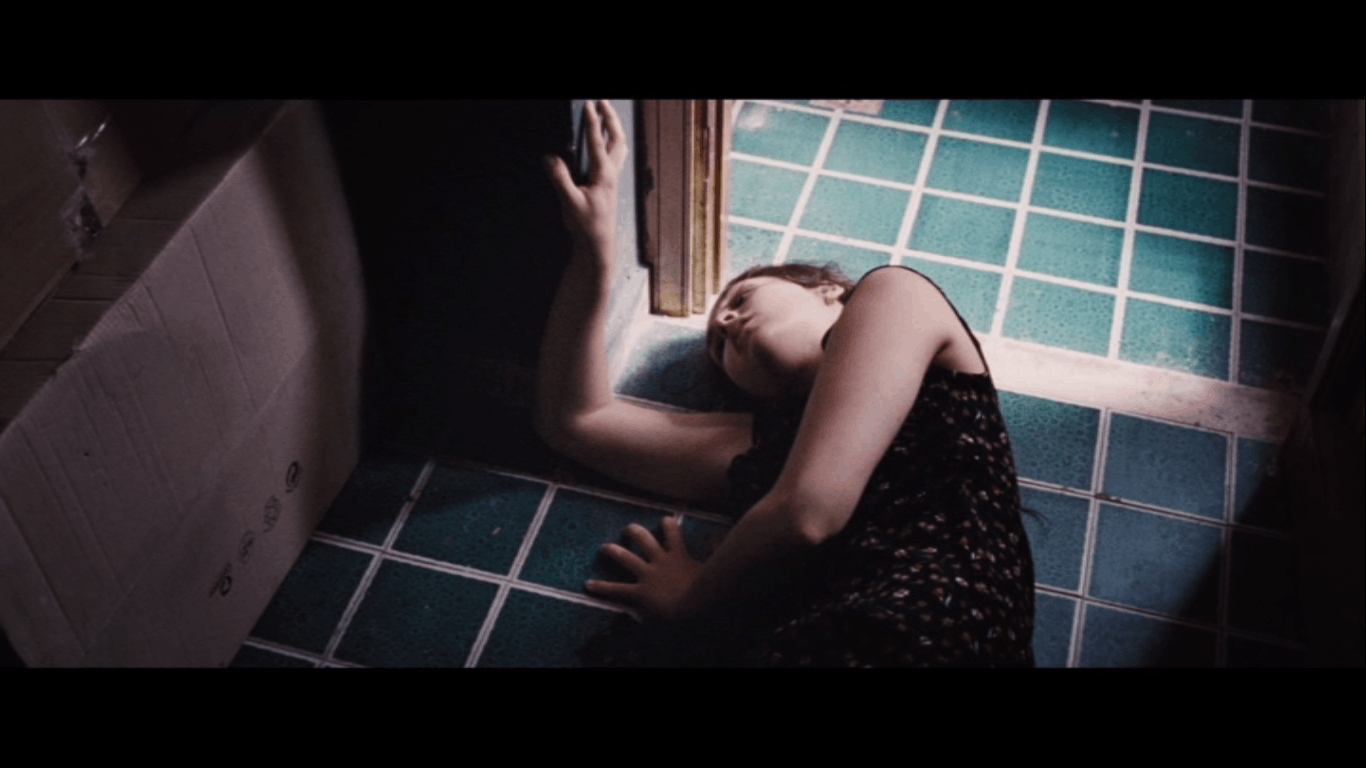 Image 5: We stick with Rita while Salvo and Rita’s brother are fighting in the offscreen space

Written in the context of a course on Modern Contemporary Film, University of Antwerp, Spring 2018.

[1] Antonio Rossini and Carmela Bernadetta Scala’s New Trends in Italian Cinema explicitly places the films of Garrone within this frame.

[6] Garrone himself says in an interview with Richard Parton that the careful attention to the real living conditions of his film’s characters, the use of vernucalar language and his choice of non-professional actors are clear reminders of characteristics that also contributed to the creation of neo’realistic’ cinema. Richard Porton, ‘’Inside the System. An interview with Matteo Garrone’’, Cineaste XXXIV (2009),  12-15.

[8] If we take Salvo’s initial entrance in the woman’s house as a starting point, the scene becomes one long sequence that starts at 9.30 and ends at 27.33(DVD times).

[9] You could state there is some sort of time loop that starts at +- 10.50 (Salvo is standing behind Rita while she’s counting money in the basement) and ends at 18.23 (Salvo is standing behind Rita again). In the meantime, Salvo has been searching the house while Grassadonia and Piazza have been busy constructing their layers of suspense; the sound design constantly serves as a marker of Rita’s position and presence in the house. Salvo distances himself from Rita and then approaches again. It is still Salvo’s perspective/point of view that is at stake here.

[11] Notice that the first three flashes of light passed so quickly that I couldn’t even freeze the frame to capture them.

[13] Murray Smith states that there are three processes that contribute to central imagining: emotional simulation (simulating the emotional states of a character by imagining their experiences from the inside), affective mimicry (mimicking the affective states of characters in an involuntary fashion), and autonomic responses (reacting in reflex fashion to represented events in the same way as the character does). As Berys Gaut has pointed out correctly, affective mimicry and autonomic responses inevitably exceed the level of imagining. For instance, autonomic responses cannot involve exercise of the imagination, or else wouldn’t be able to call them ‘autonomic’. Smith, ‘’Imagining from the Inside’’, 415-416.

Een gedachte over “A World of Immersion: The blind perspective in Salvo”